A three-week stretch beginning at the end of August 2017 resulted in the combined costliest hurricane damage the United States had ever seen in a month-long period. First, Hurricane Harvey left Houston and many other parts of Southeast Texas under water. All told, there was about $125 billion in damage. Then just weeks later, Florida residents were faced with one of the strongest hurricanes to ever make landfall. Hurricane Irma ripped up the western coast of Florida, producing about $50 billion in damage.

While media focus and attention has since shifted to this year’s costly hurricanes — Hurricane Florence and Michael did plenty of damage in their own right — Clearsurance looked to see how consumers’ 2017 hurricane claims were handled by insurance companies. (This research, based on 752 reviews, is done a year after the 2017 hurricanes, as most claims take months to be resolved — there are still more than 59,000 open Hurricane Irma claims as of November 14, 2018.)

There was no statistical difference in how consumers affected by Irma rated their experience, as compared to homeowners affected by Harvey. Instead, the difference of performance was based on the size of the insurance company. 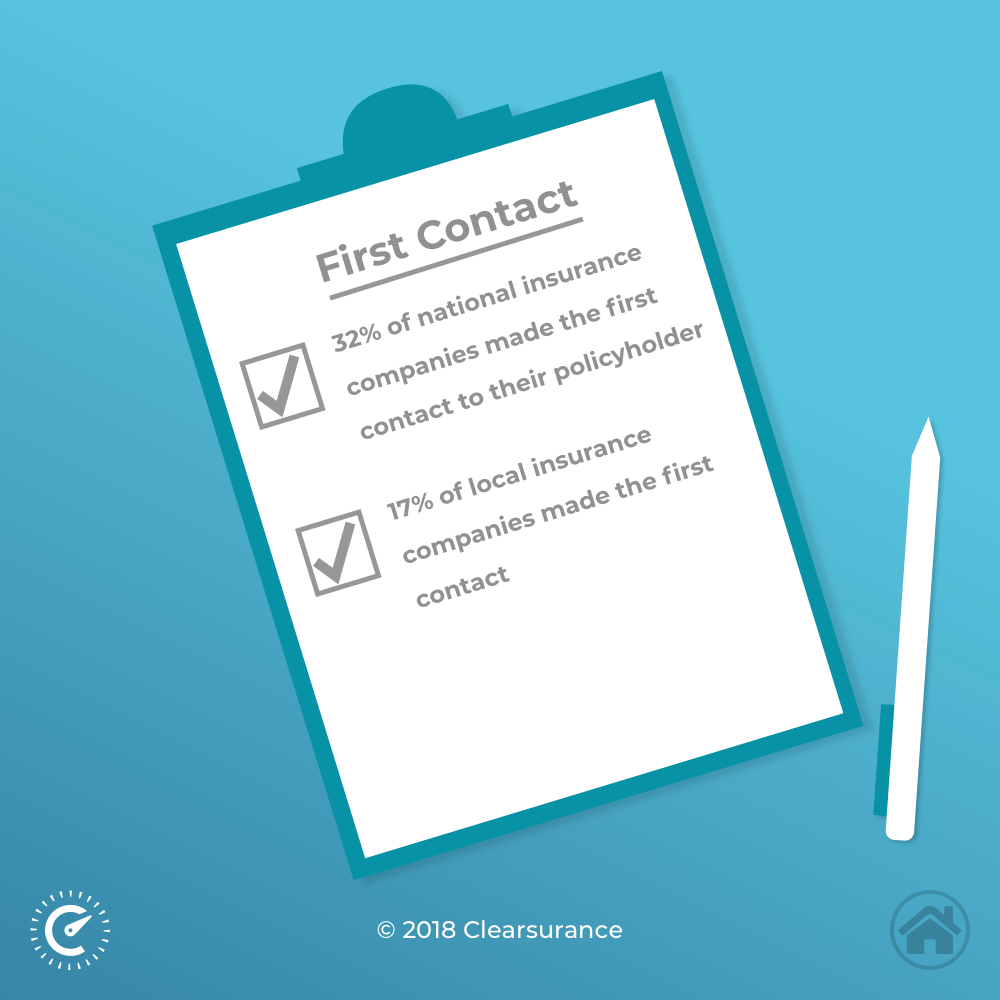 One Allstate policyholder praised their hurricane experience because of Allstate’s proactiveness before the hurricane and its speed in handling the claim after the fact.

“They handled the claim as if they were already prepared and ready for me, I was contacted before the hurricane so they knew. I felt as if i was being taken care of, being the care taker of the house it feels good when someone takes care of you. It was done in a timely manner, the money that i needed was given to me within a week. I had a window go out on the house and things of that nature so i really needed to get that fixed fast, I had no problems dealing with allstate.”

When it came to the actual handling of the claim, national insurance companies held a statistically significant advantage over local insurance companies for consumer ratings in three different categories: overall handling of the claim, timeliness of the process and the appraisal of the damage. The only category where there wasn’t a statistical difference was the amount of payment for the damage, though national insurers still held the edge.

So these stark differences in how consumers rated their experiences with a national company as compared to a local one begs a simple question, “Why?” That simple question doesn’t have quite as simple an answer. In fact, there’s likely a number of contributing reasons.

However, we have identified at least one primary reason based on our findings that we believe is leading to the difference in how consumers rate national insurance companies after a hurricane when compared to how local policyholders rate their insurer.

The size of a national insurance company provides a significant edge when it comes to handling a large batch of concentrated claims like after a hurricane. Take a situation like Hurricane Irma, for example. There were 838,109 residential property claims filed in the wake of that hurricane, according to the Florida Office of Insurance Regulation. While a smaller insurance company that only writes in Florida still has the same number of claims representatives as it would if it was handling a non-natural disaster claim, a national insurer can pull in claims representatives from all around the country to assist.

In a scenario where thousands of policyholders may be trying to file a claim, having many additional hands on deck can expedite the speed in which a claim is handled. And as noted above, there was a significant difference in the number of national insurers proactively reaching out as compared to local insurers.

In our research, we saw twice as many policyholders of local insurers complain (9 percent) about how slow the process was compared to 4 percent for nationals. Additionally, a significantly higher number of individuals with local companies discussed problems reaching contacts at their company, and having to call repeatedly for status updates.

Given the large quantity of claims in both Florida and Texas, adjusters were few and far between. In fact, Florida Gov. Rick Scott actually signed an emergency declaration that loosened Florida’s regulations as to who could work as an adjuster in the wake of Irma.

One consumer wrote about this, saying, “Due to the backlog of so many insurance claims in the area, they had to outsource insurance adjusters from other states who were not at privy to FL laws. We had an issue with getting out roof covered but was finally able to take care of it with the help of our insurance company. it just took longer than expected.”

Another Florida policyholder complained of the appraisal amount. In their review they said, “They did not do a great job at handling the claim. They did not contact us after the storm and took awhile to have a claims adjuster come out. The adjuster walked around for 30 minutes quiet and unprofessional. Then their assessment of the home damage was subpar. Having been in the construction industry before, I know that it was at least 1/3 assessed at what it cost to replace.”

While some policyholders of national insurers had issues with their adjuster and appraisal, the data shows the adjusters working for smaller insurance companies were a more common issue. One potential solution for consumers is hiring a public adjuster who negotiates with their insurance company on behalf of them. The drawback here is that policyholders have to pay for the adjuster, and with widespread catastrophe events like hurricanes, there may be a long delay because of the large quantity of claims.

What does this mean for consumers?

While this data indicates that consumers generally had better claims experiences in the wake of the 2017 hurricanes when dealing with national insurance companies, homeowners and renters shouldn’t simply rule out smaller, local insurance companies when searching for a policy.

At the national and local level, insurance companies’ ratings can vary greatly. When searching for a company to protect your property and belongings, it’s critically important to invest time in researching your options before making a decision.

Clearsurance provides tools to help you do that research and compare your options. With thousands of consumer reviews and consumer ratings for insurance companies, you can learn from the experiences of others. Check out which companies others rate as the best homeowners insurance companies in your state.