National General Insurance Company (Integon)
This company offers multiple products.
Please select the one you are interested in.

This carrier does NOT offer insurance in your area

Select one of the options below to view carriers that serve in your state, or change zip code

National General Insurance Company (Integon)’s rating is based entirely on customer reviews written on Clearsurance. The rating is determined using an algorithm that analyzes a range of inputs from our independent community of insurance customers, including:

Integon auto insurance rates are based on many different factors such as your age, where you live, your driving record, and the kind of vehicle you drive.

National General Insurance offers a wide range of discounts to homeowners based on: 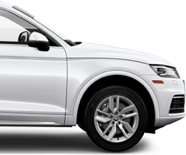 What types of auto insurance coverage does Integon provide?

Bodily Injury Liability Coverage: Covers the injury or loss to the other driver involved in an at fault accident Property Damage Liability Coverage: Covers damage to the other person’s vehicle or property at an at fault accident Comprehensive Coverage: Covers damage to your vehicle relating to anything that is not a collision (weather damage, animal damage, vandalism, or auto theft). A deductible is associated with this kind of coverage. Collision Coverage: Covers damage to your vehicle when involved in any collisions, regardless of who is at fault( hitting another vehicle, a tree) A deductible is associated with this kind of coverage. Medical Payments Coverage (MedPay): Covers the medical needs of the people in your vehicle when involved in an accident. It may also cover the costs of a funeral after a car accident. Underinsured Motorist Coverage: Covers you if someone without insurance, or without sufficient insurance, hurts you or damages your car. Personal Injury Protection (PIP): Covers medical expenses and losses that occur as a result of an automobile accident, including missed pay.

Is National General the same as Nationwide?

Who is the CEO of Integon National General Insurance?

The CEO of National General insurance is Barry Karfunkel, who has been the CEO since April 27, 2016.

Does National General have accident forgiveness?

How do I file an Integon National General Insurance claim after an auto accident?

First, make sure you are safe from surrounding traffic. Then make sure everyone is okay including you, your passengers and any others involved in the accident. Lastly, but most importantly call the claims department by phone.

What states does National General Insurance Company (Integon) do business in?