North Andover, Mass. – June 26, 2018 – Clearsurance, an independent online community of insurance customers, today shared its list of the top 10 states with the most and least happy homeowners insurance policyholders.

By analyzing review data submitted to its online, crowdsourced ratings and review platform from January 1, 2017 through May 31, 2018, West Virginia triumphs as the happiest state according to its homeowners insurance policyholders with users from the state providing an average rating of 4.47 stars out of 5 for their insurance companies. At the other end of the scale, Florida homeowners insurance policyholders gave the lowest average rating of 4.03 stars. 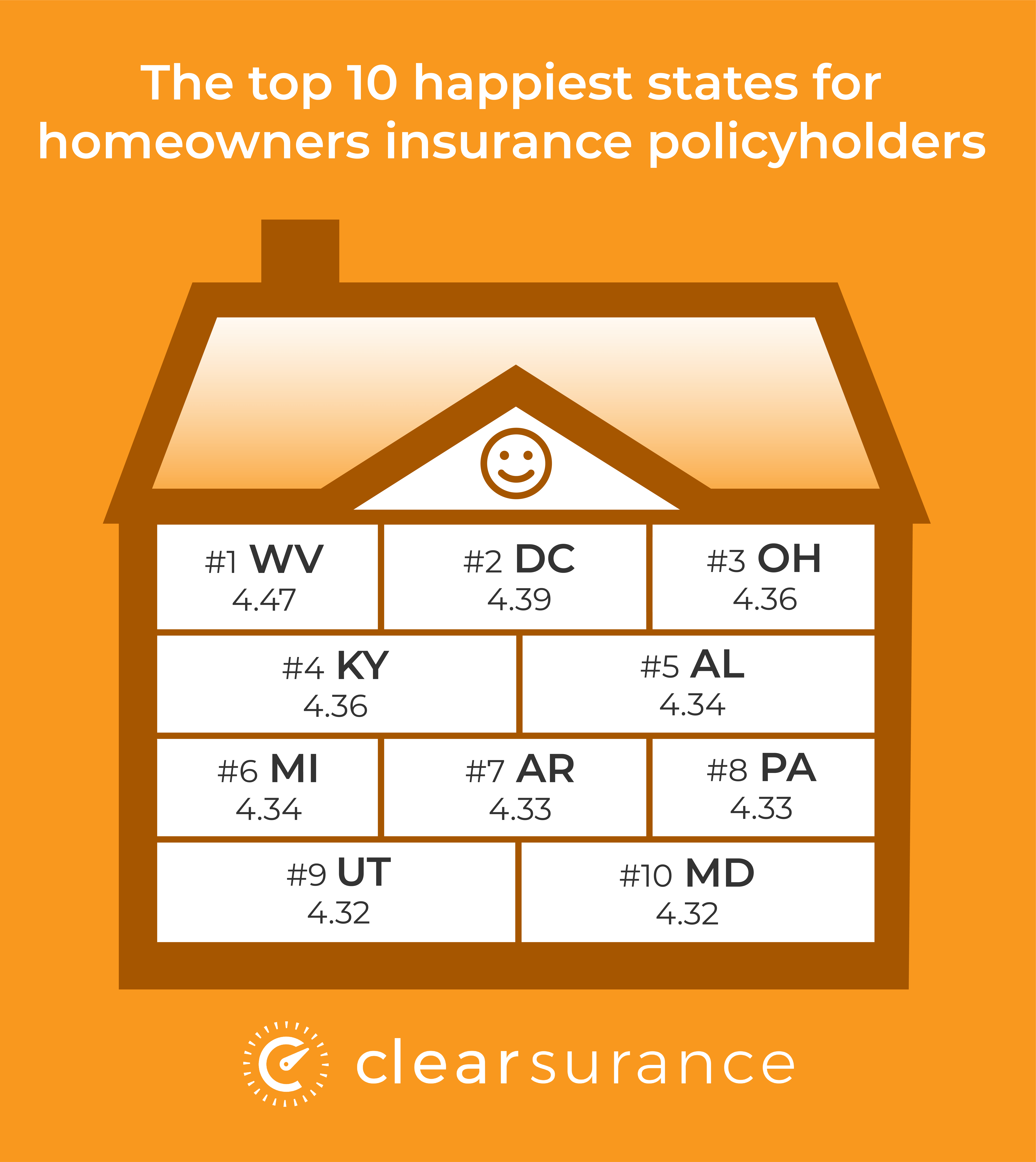 Clearsurance data shows several factors that contribute to these results, such as weather-related considerations. Policyholders from the happiest states only talked about weather-related incidents in their reviews 4 percent of the time, while customers in the least happy states mentioned damaging weather nearly twice as much – 8 percent of the time.

Clearsurance scores are based on users’ ratings of their overall experience with their insurer, its service, their likelihood to renew with the company and their likelihood to recommend their insurer to a friend. To be ranked, states needed to have at least 100 independent customer homeowners reviews from users in their state on Clearsurance during the timeframe noted – nine states were not eligible to be included. Gain more insights on these findings by reading their analysis.

Based just outside of Boston, Mass. and founded in 2016 by Michael Crowe and Todd Kozikowski, Clearsurance is the independent and trusted voice of the consumer, transforming the way people learn about and shop for insurance. Its mission is to empower a community committed to making the insurance customer journey more transparent and secure so you can protect your financial wellbeing. For more information, visit www.clearsurance.com.

About The Author: Clearsurance Staff